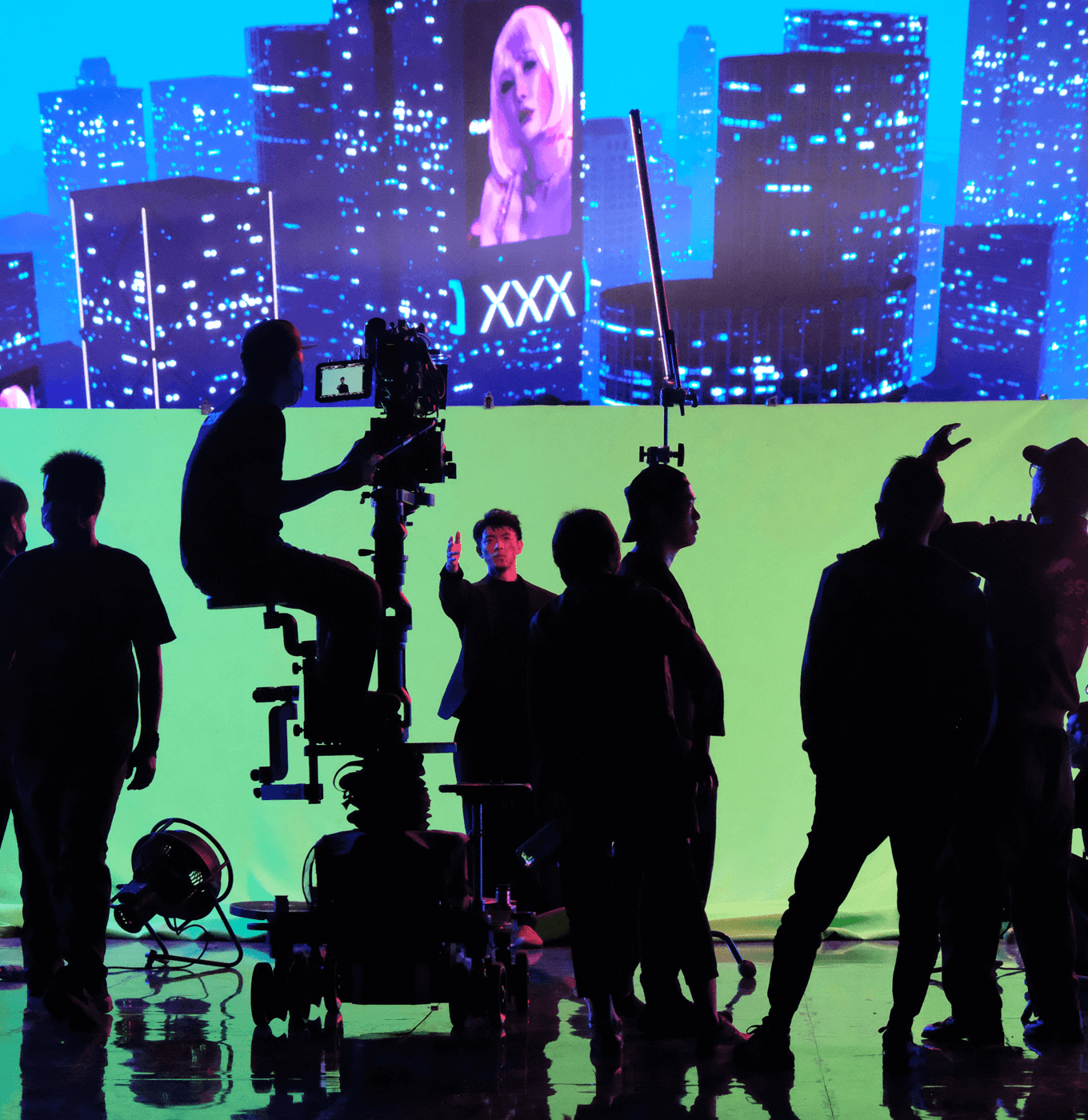 The US arm of the Rising Studio Company will set up a key business development base in Hollywood. The shareholder is made up of Taiwan's Rising Film Production, Moonshine Animation and DCraft Post prodcution, all of which have won Golden Horse awards - the most recognized film awards in Asia. Together, they make up the Metaverse Alliance. 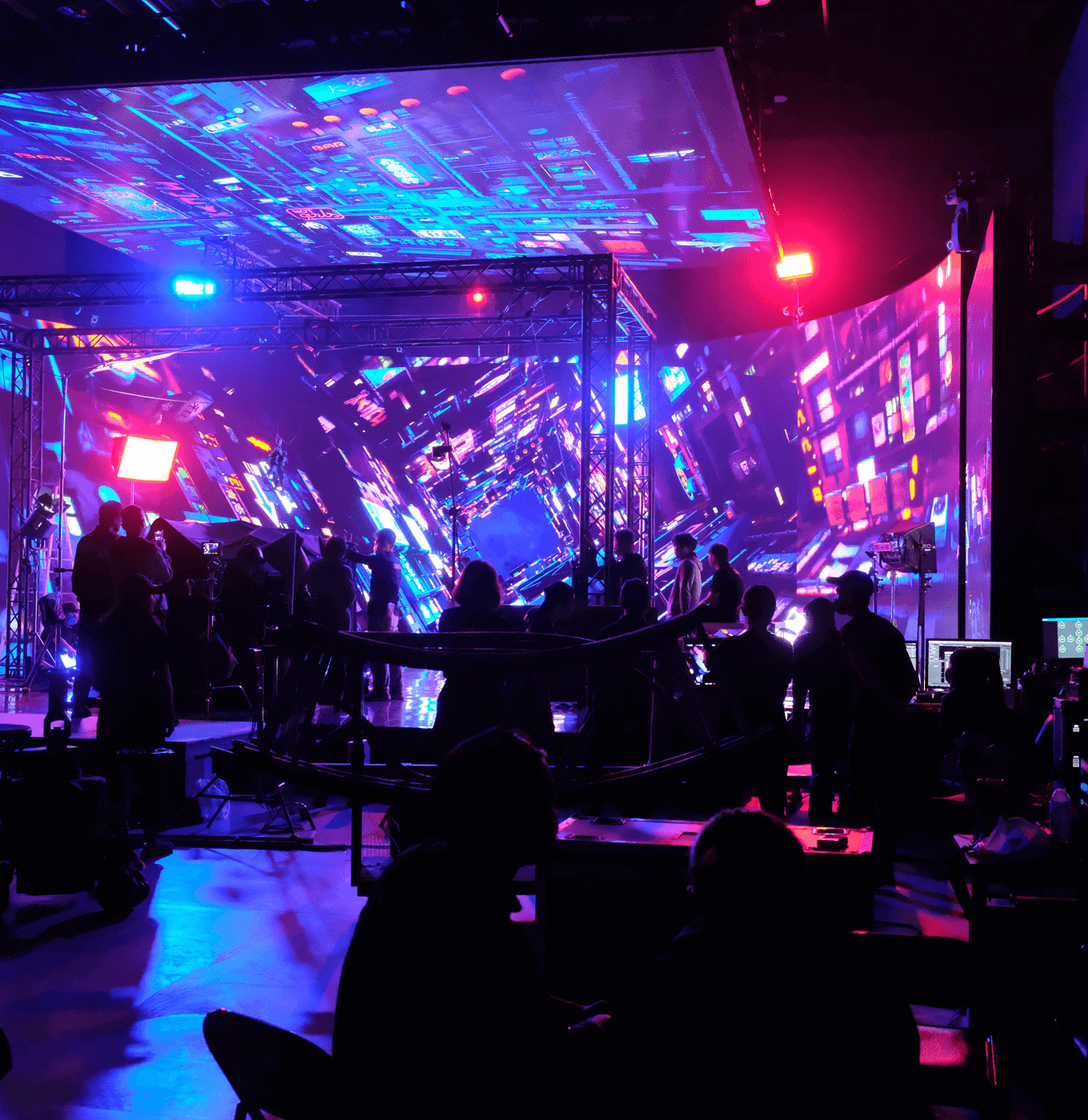 The main focus of the company is visual effects animation with expertise in the realm of virtual production, grasping the aesthetic tonality of the images in special effects scenes, integrating top level simulation tech, which finally facilitate stories that are closer to the senses – Building an immersive viewing experience that blends VR with reality. 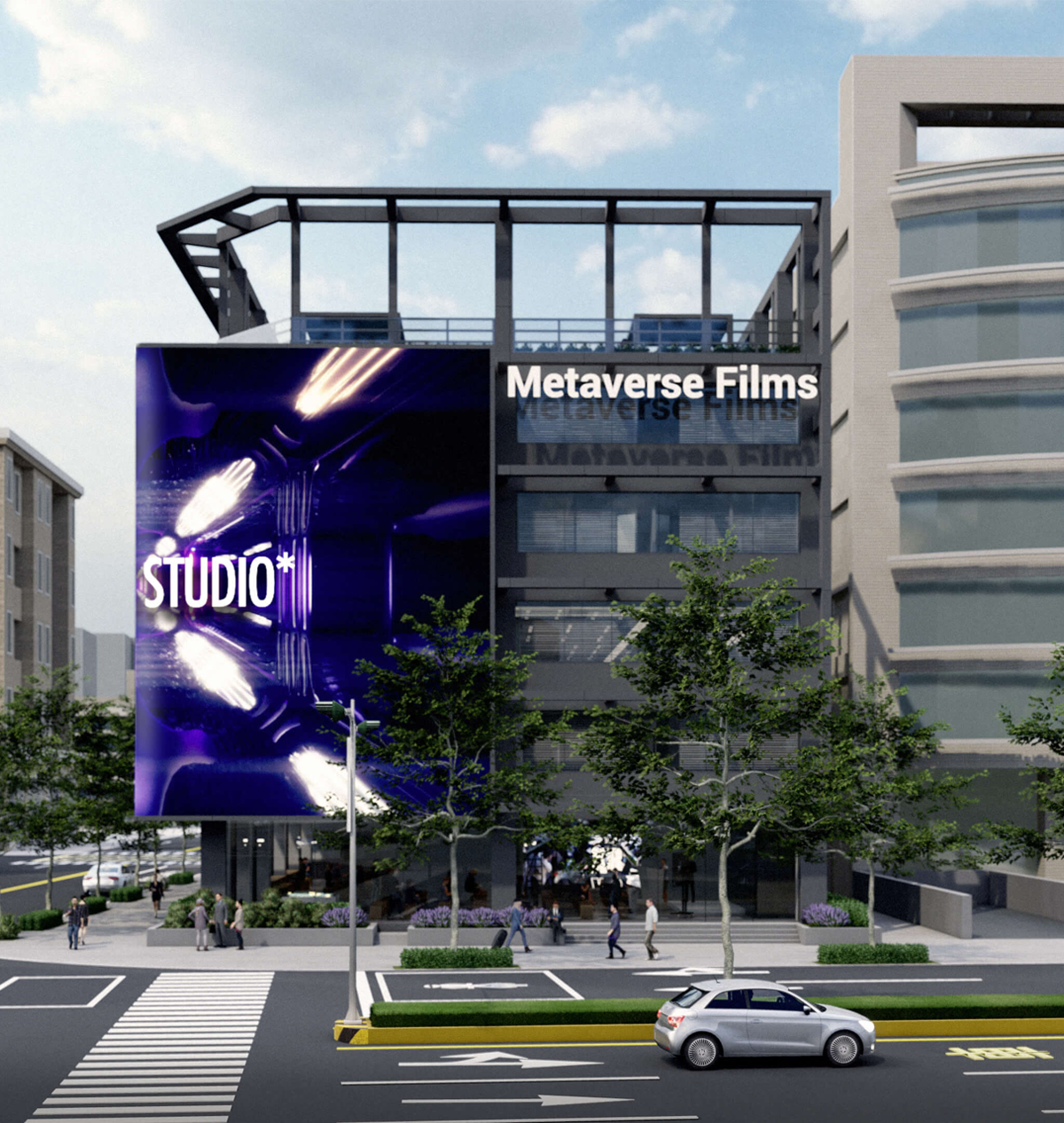 Video production is the primary focus of our business. We’re laying out the groundwork for Asian virtual production technology, and training the talent to use it. We’re going to set up the largest and most advanced film and television studio in Taiwan, with an LED virtual studio that meets international standards, including a strong visual effects and animation team to run it.

he U.S. branch of the Metaverse Production Company is committed to the development of the international film industry. Keeping up to speed with the ceaseless transformation of film technology, we have seen the future. We adhere to our core values of passion, vitality, creativity and innovation. We are one of the few groups in Asia that fuse project development, virtual production and a team of the most talented visual effects artists in the region. We think that creativity and technology can complement each other, making our production system a benchmark in the industry, changing old thinking, and actively adding a new paradigm to the new video generation.

Our main business development strategy include:

Rio was originally a member of the pop group 5566 in Taiwan. He is currently the director of several entertainment companies including The Dao Culture and Creative Company, The Dao films, and Super Popular Entertainment (Taiwan's Got Talent). He’s also the executive director of Amamus life bio tech, and the vicechairman of Eddy rich investment. Has brought several international superstar concerts to Taiwan, including Beyonce, James Blunt, Linkin Park, Union Park to name just a few

Chia Chi LIN is the founder of Moonshine Animation, well known throughout the industry as the biggest and most respected post house in Taiwan. Moonshine is a team of over 200 talented VFX artists, well versed in film, commercial, music video, and virtual interactive content. He’s garnered awards from the Golden Horse Film Festival, Taipei Film Festival, Promax Awards, and Telly Awards.

Archin is widely known as one of the best VFX supervisors in Taiwan. He worked at the Central Motion Picture Co. on Warriors of the Rainbow: Seediq Bale, The Rooftop, and KANO. He founded DCraft Studios in 2014 and has since won awards for film and television work from the Golden Horse Film Festival and Golden Bell Awards. 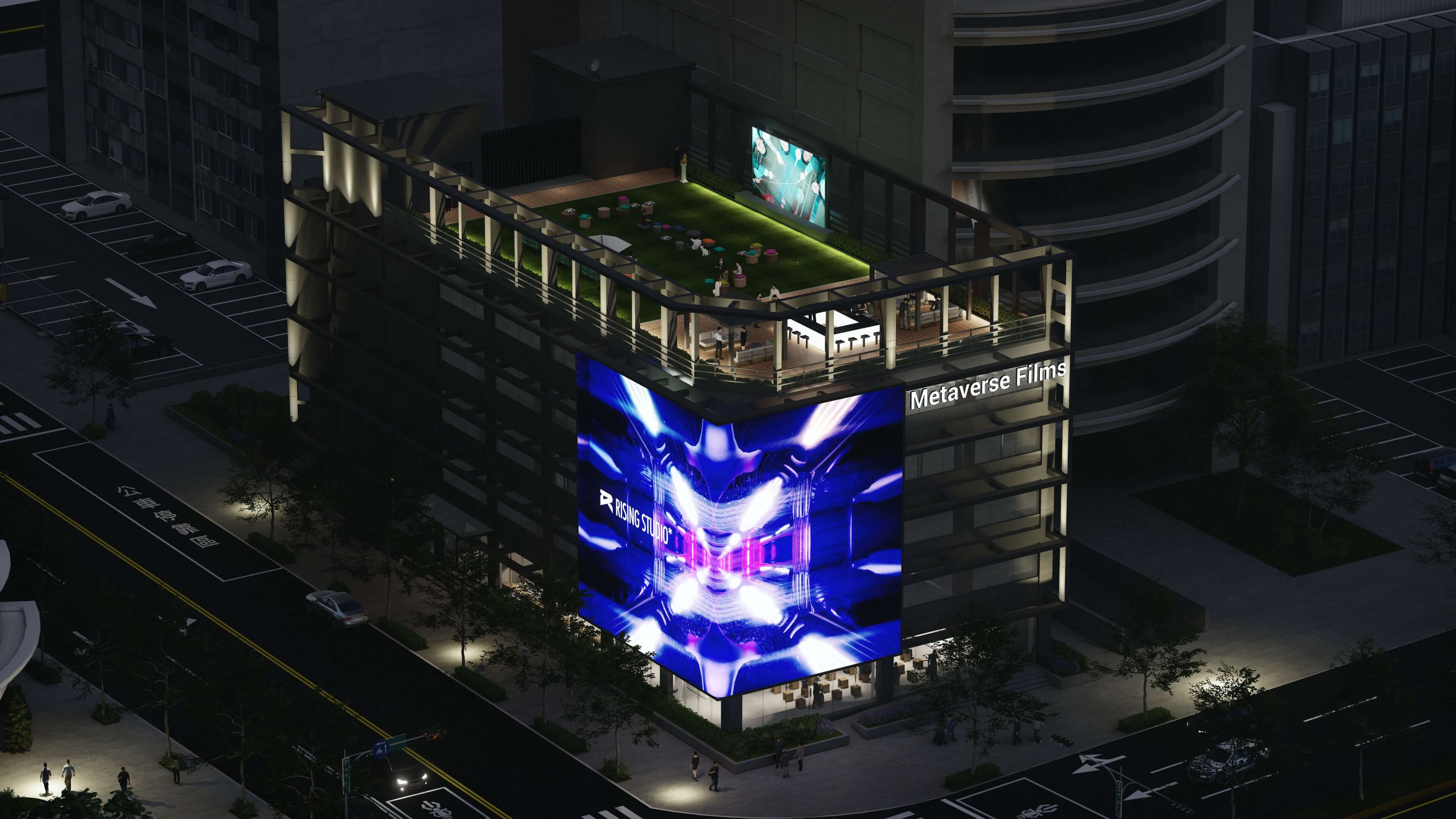 The total site area of seven floors, including the top floor and the basement, is around 5,600 square meters. 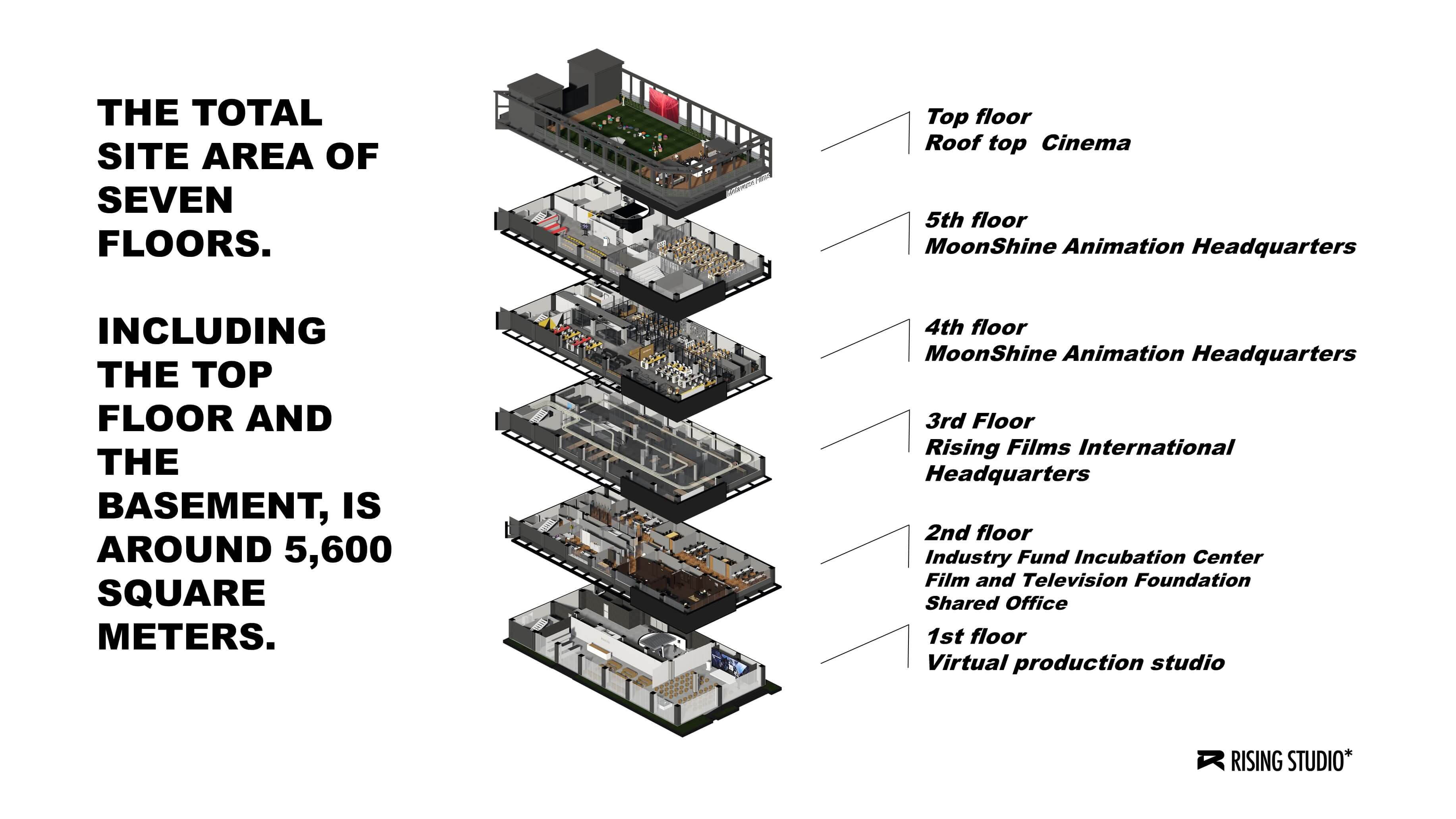 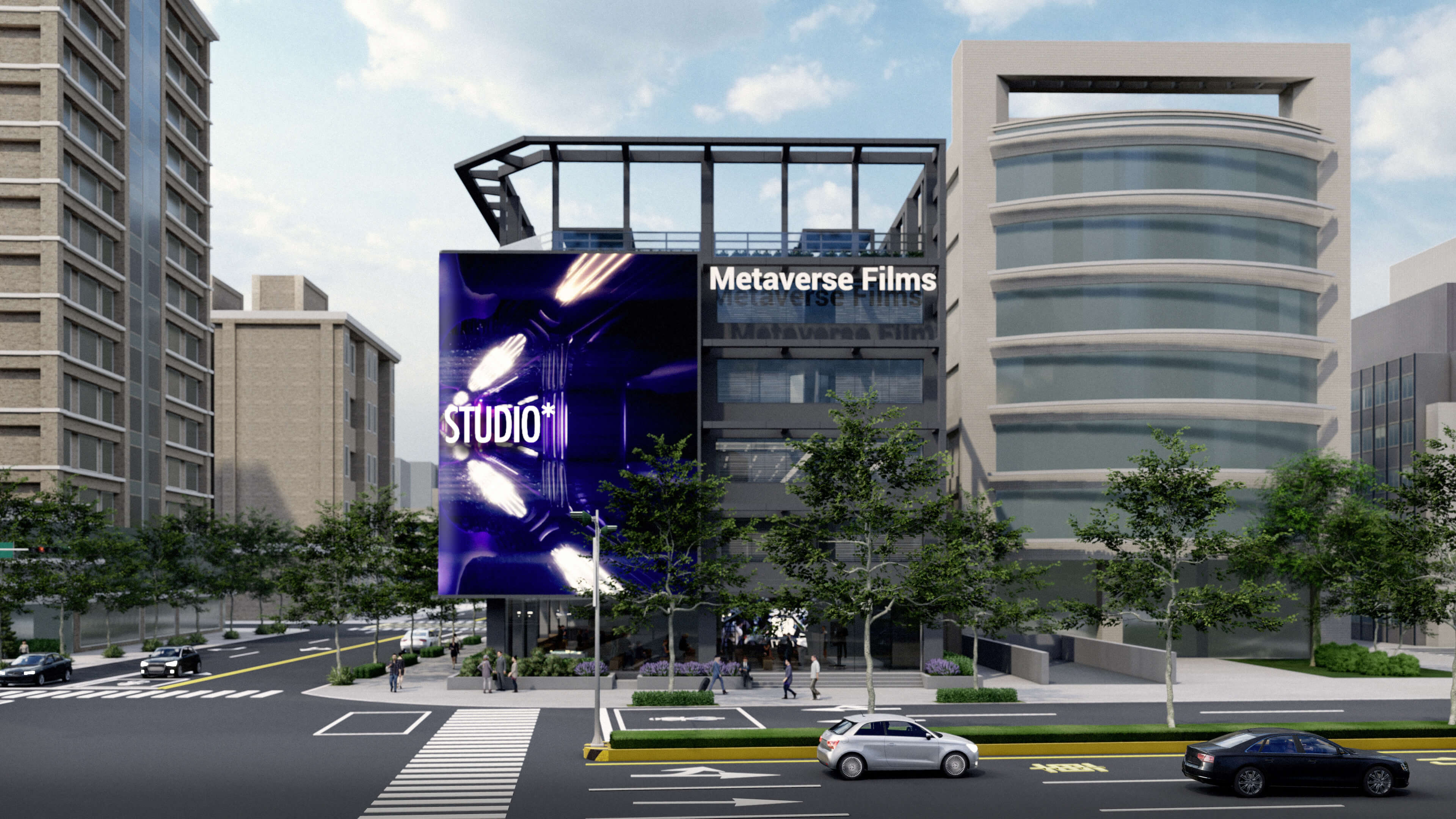 The term “Metaverse” symbolizes the continuum of the infinite possibilities, representing a vast universe formed by glittering stars that generates endless energy and power. Metaverse Films Headquarters is located in Neihu District, the TV and film industry talent cluster of Taipei City. As the cultural and creative industry booster, this five-story building demonstrates diverse elements such as “Creation”, “Entertainment”, “Display”, and “Finance”. From film and television work production, international co-production, to post- production, Metaverse Films Headquarters facilitates and fosters exceptional works for our partners. Besides, we have professional teams specialized in project fundraising and talent cultivation. Leaping into the future, unveiling a world of possibilities with us. 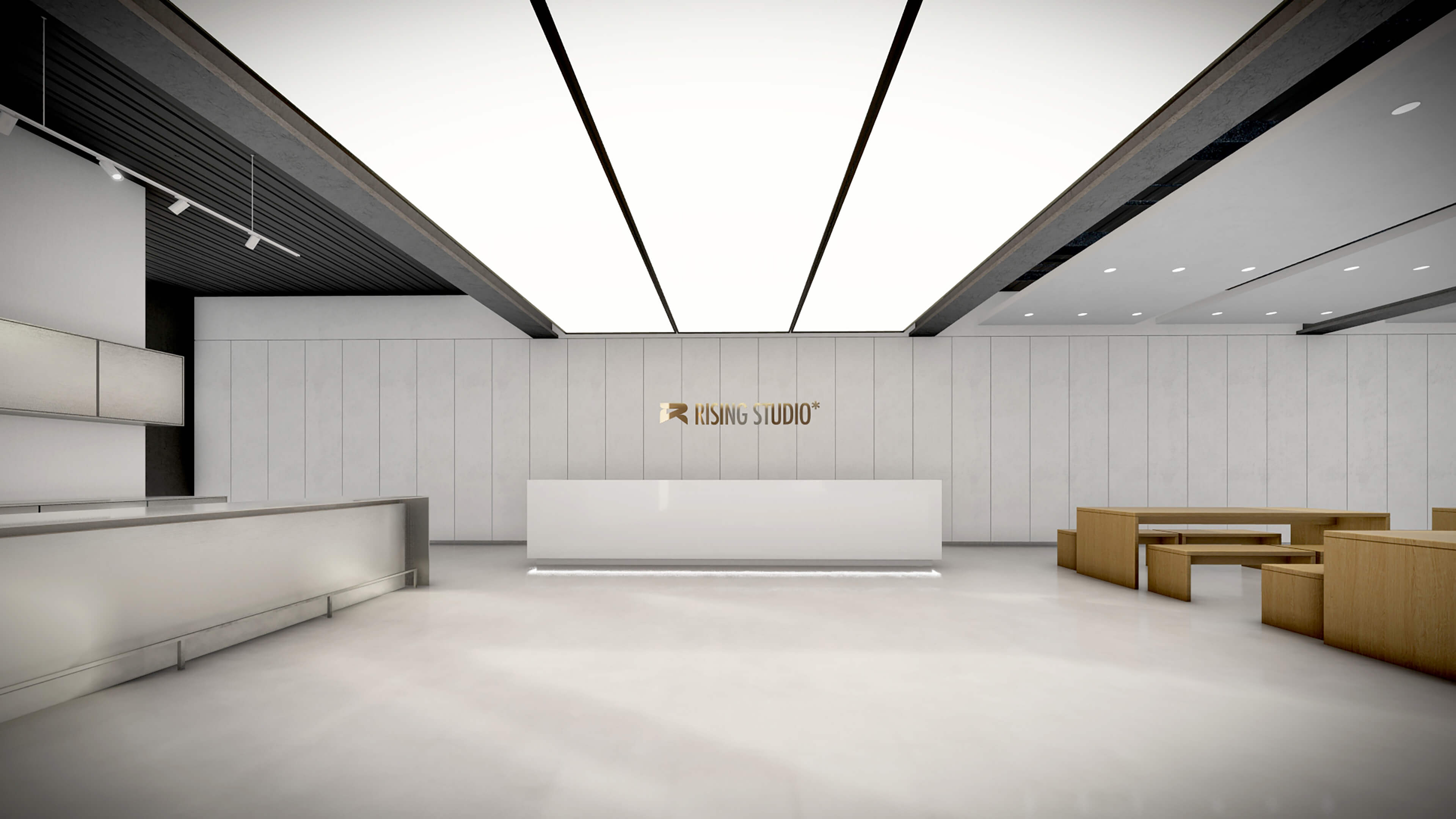 *First floor【Rising Studio reception hall】
A modern and comfortable space welcomes employees, clients and visitors to a 66 sp m area at the front counter. The professionalism and creativity of the company is presented with elegant lighting and minimal design. The space also includes a bar and a rest area with over 20 seats.

【Multifunctional LED Display Center】
This 82 sq m space equipped with an LED screen can be used for press conferences, film and television forums, lectures or art exhibitions and other cultural activities.

【LED Studio】
This medium sized volume LED studio suits the needs of film and television production cases and music video and advertising shoots. The studio is also equipped with a restroom, dressing room, loading and unloading passages, and a storage space for props, creating the most comfortable and streamlined shooting environment to create the smoothest production process possible. 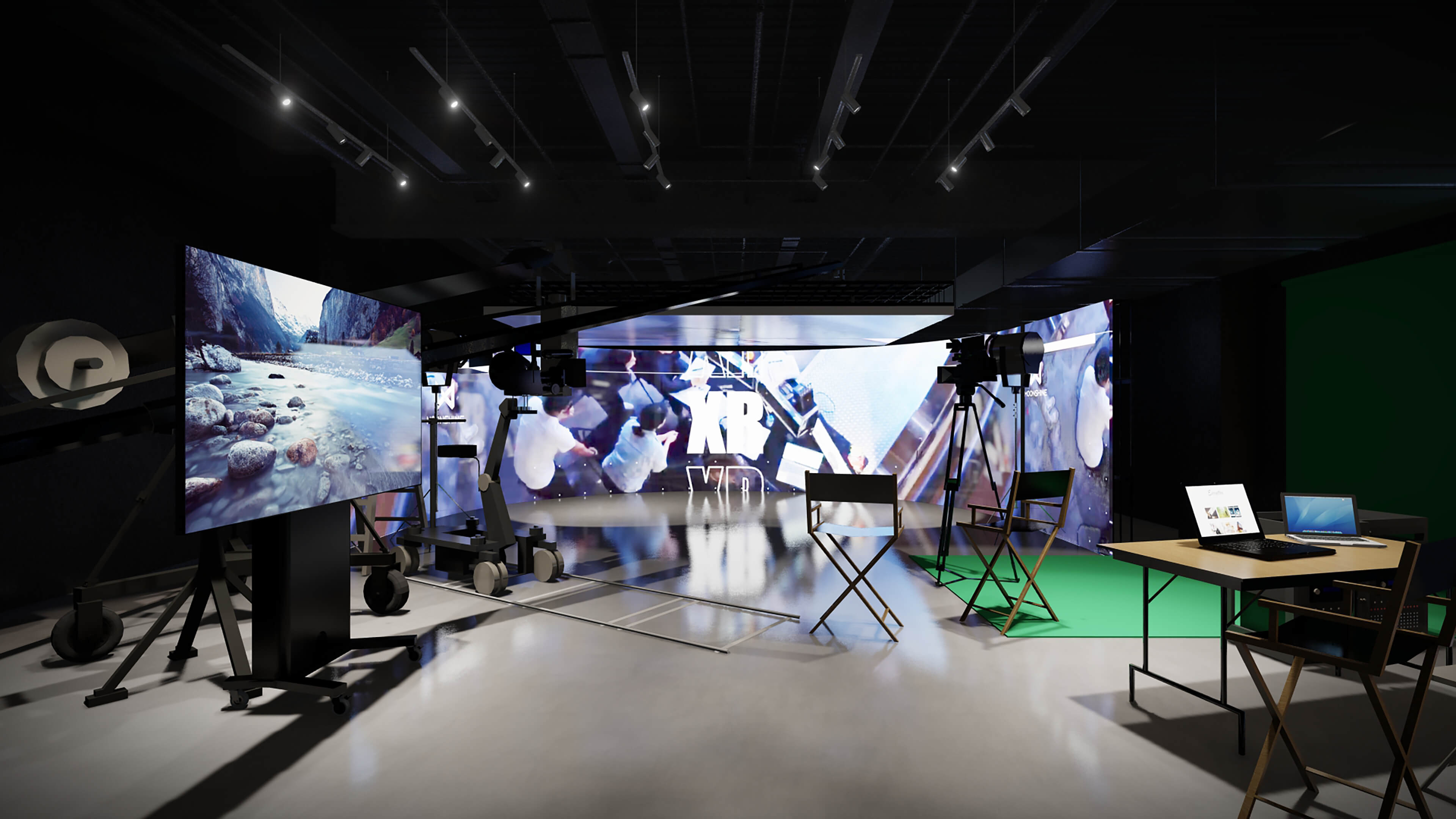 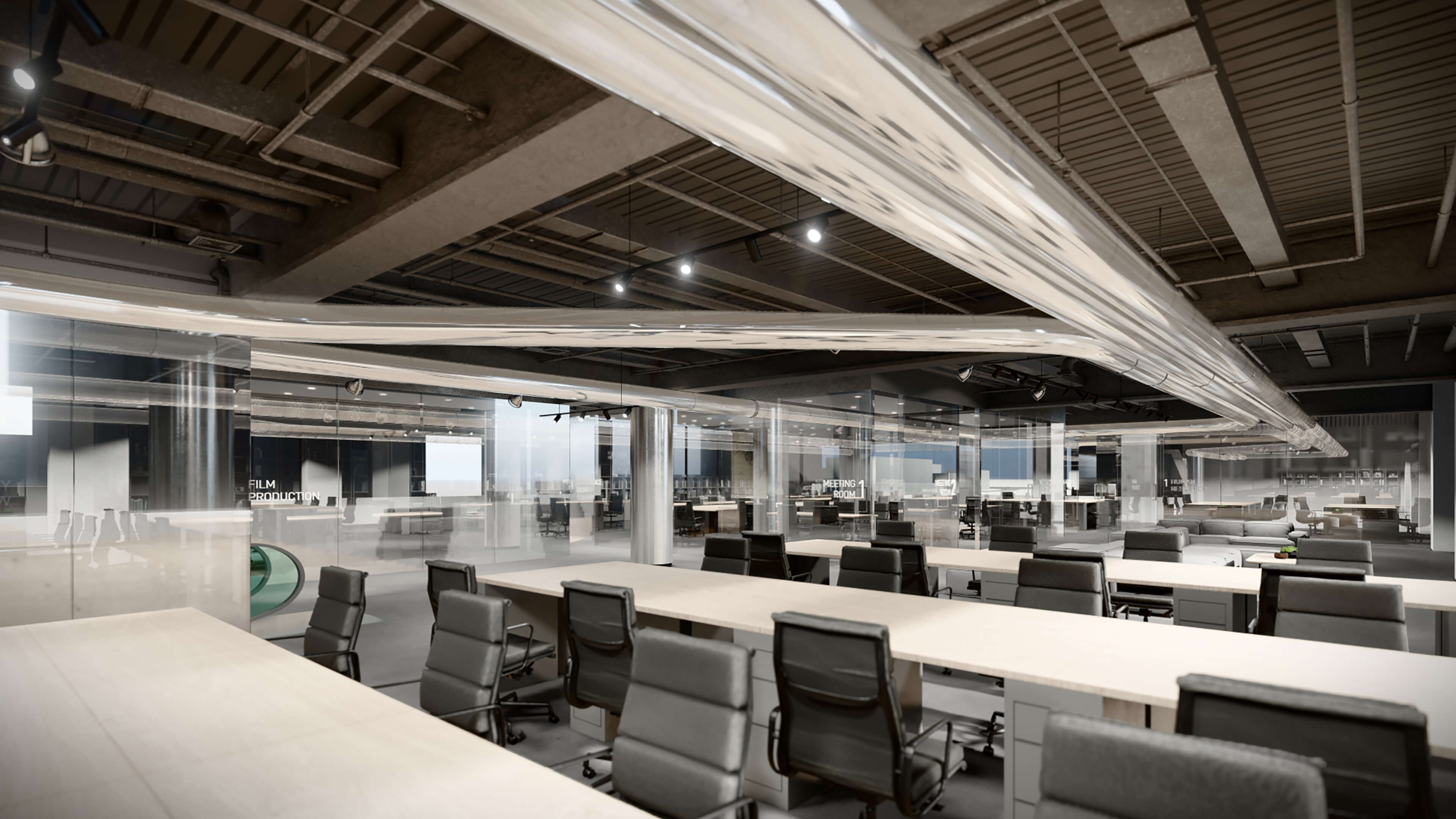 The Industry Fund Incubation Center aims to gather funds and resources to provide funds for Taiwan‘s film and television industry, hardware technology and soft power through the venture capital plan. It aims to make Taiwan more competitive in the international market. Besides, it serves as the president’s office.

There is also a shared office on the second floor with more than 50 seats, providing a space where like-minded partners can connect with each other and share knowledge. 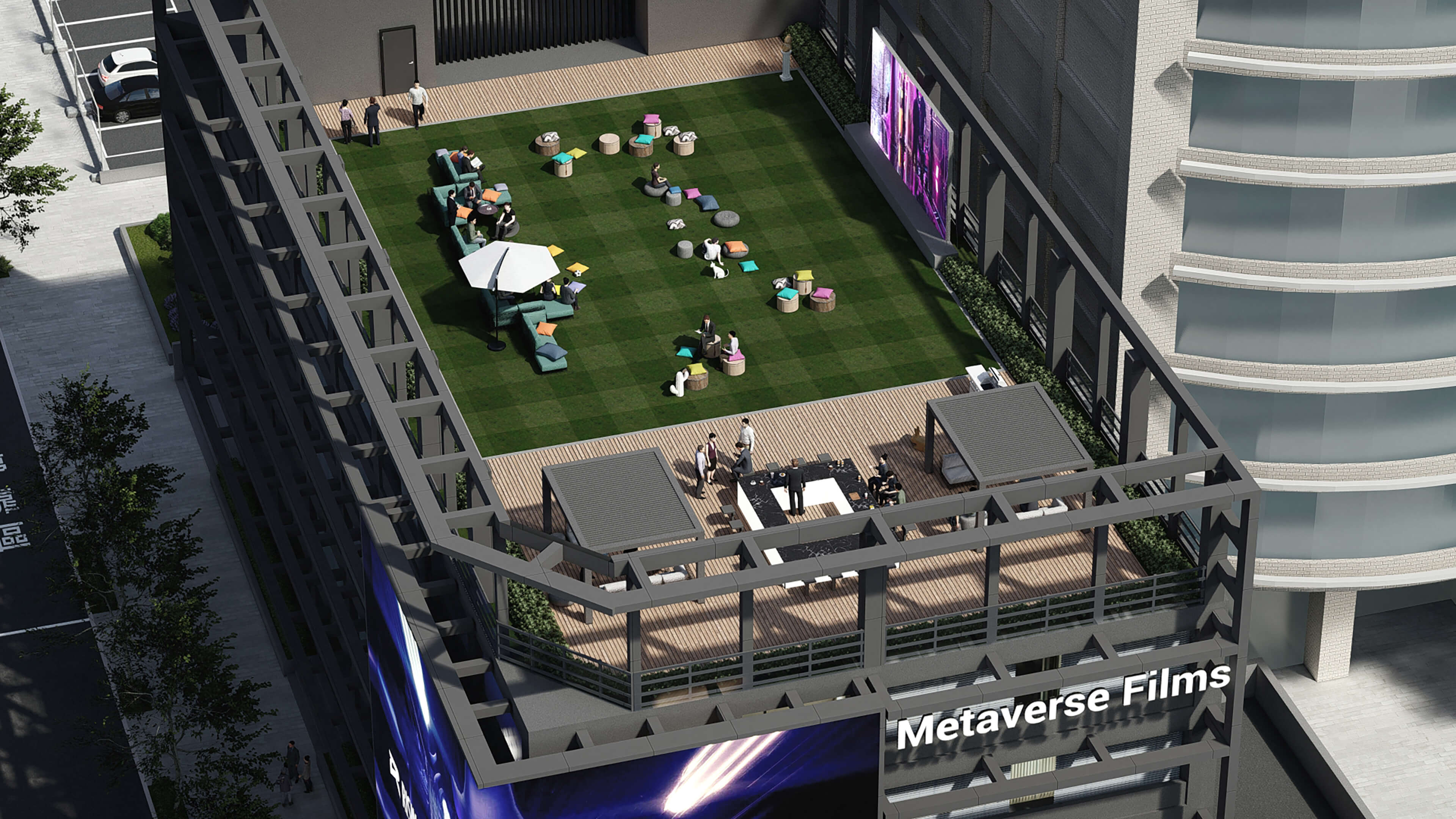 *Top floor【Rooftop Cinema】
The top floor is an open space with sofas and seats, allowing employees to relax and unwind comfortably. An outdoor cinema provides guests with a unique cinema experience. 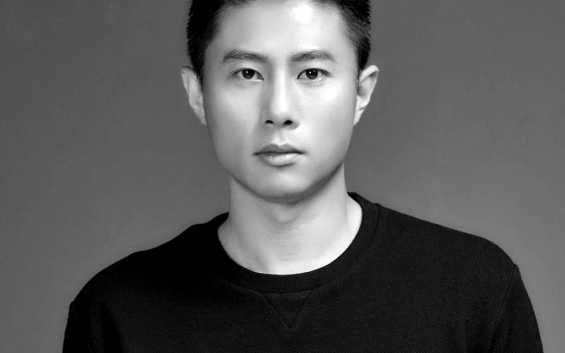 Rio Peng
Rio was originally a member of the pop group 5566 in Taiwan. He is currently the director of several entertainment companies including The Dao Culture and Creative Company, The Dao films, and Super Popular Entertainment (Taiwan's Got Talent). He’s also the executive director of Amamus life bio tech, and the vicechairman of Eddy rich investment. Has brought several international superstar concerts to Taiwan, including Beyonce, James Blunt, Linkin Park, Union Park to name just a few 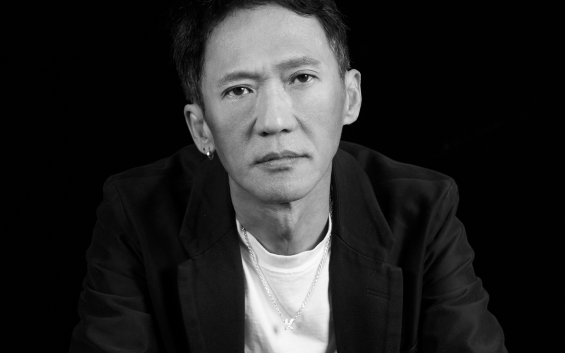 KUANG Sheng
Known as one the most versatile and muti talented music video directors in the Chinese-speaking region, he is also the most sought-after MV director in Asia. He’s shot music videos for practically every A List singer. He won the Best Music Video Director Award at the 15th Taiwan Golden Melody Awards for Class 3-2 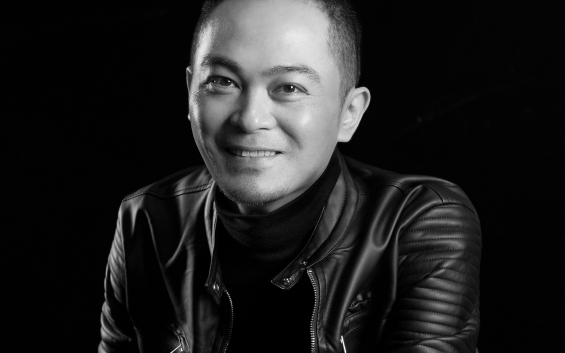 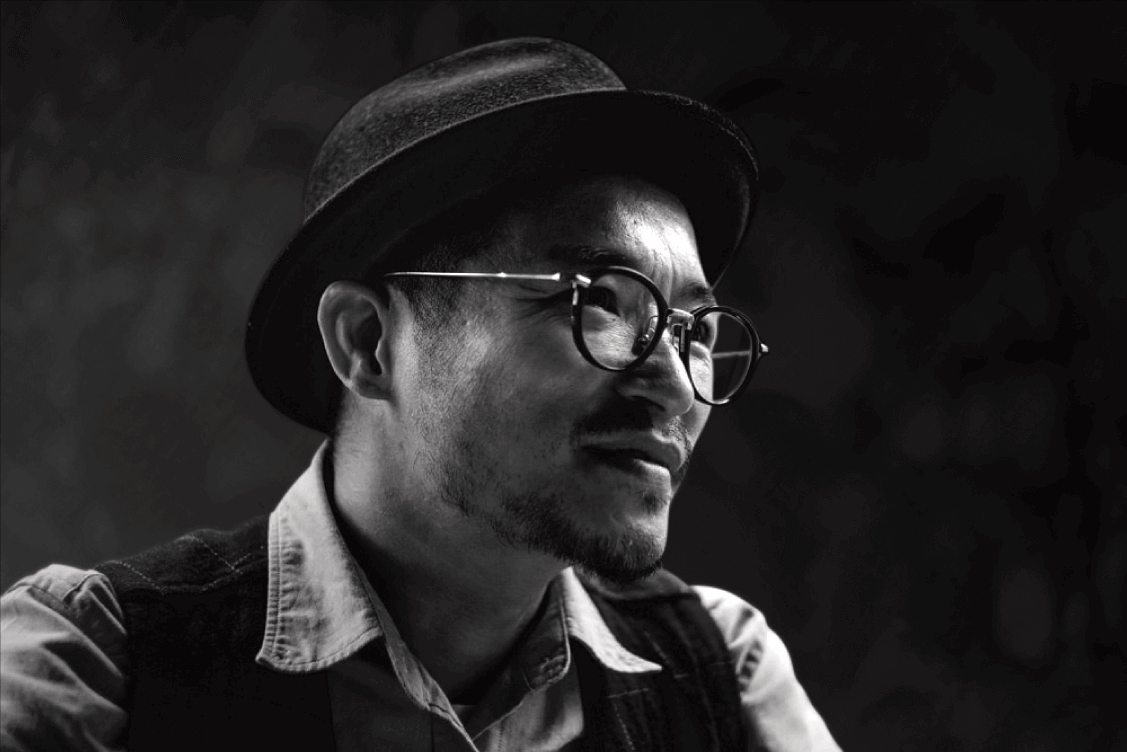 Chih-Da Kuo
Kuo is one of the most recognized art directors in Taiwan. He’s amassed a number of awards for his art direction on film, music video and commercial projects. His work is characterized by a distinct personal style and curated visual perspective. He’s also recently begun to design and plan commercial spaces. In 2017 he won the Golden Pin Design Award for his design of the Daan Swiio Hotel In 2019 he was nominated for Best Production Design for his work on the film Nina Wu 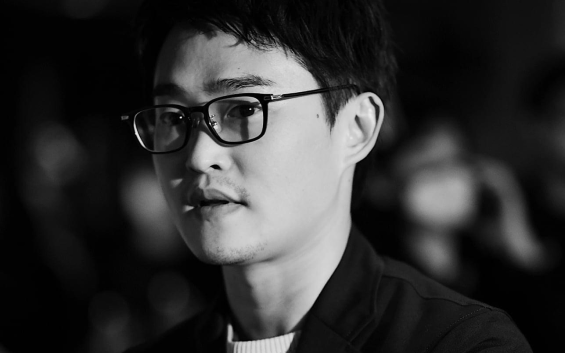 Archin Yen
Dcraft Studio director/film director Since 2007, he has worked as a director, producer, art director, and visual effects supervisor, and has participated in the production of many TV movies from the preproduction to post production and delivery.

Shooting in Taiwan is 15-30% less expensive than overseas, and the coproduction teams are well experienced in International co-production and can meet international standards.

Non-disclosure agreement signed by both parties

Client approves and signs the quotation

An official cooperation agreement is signed

Back to top
2022 © Rising Studio Corporation. All Rights Reserved.